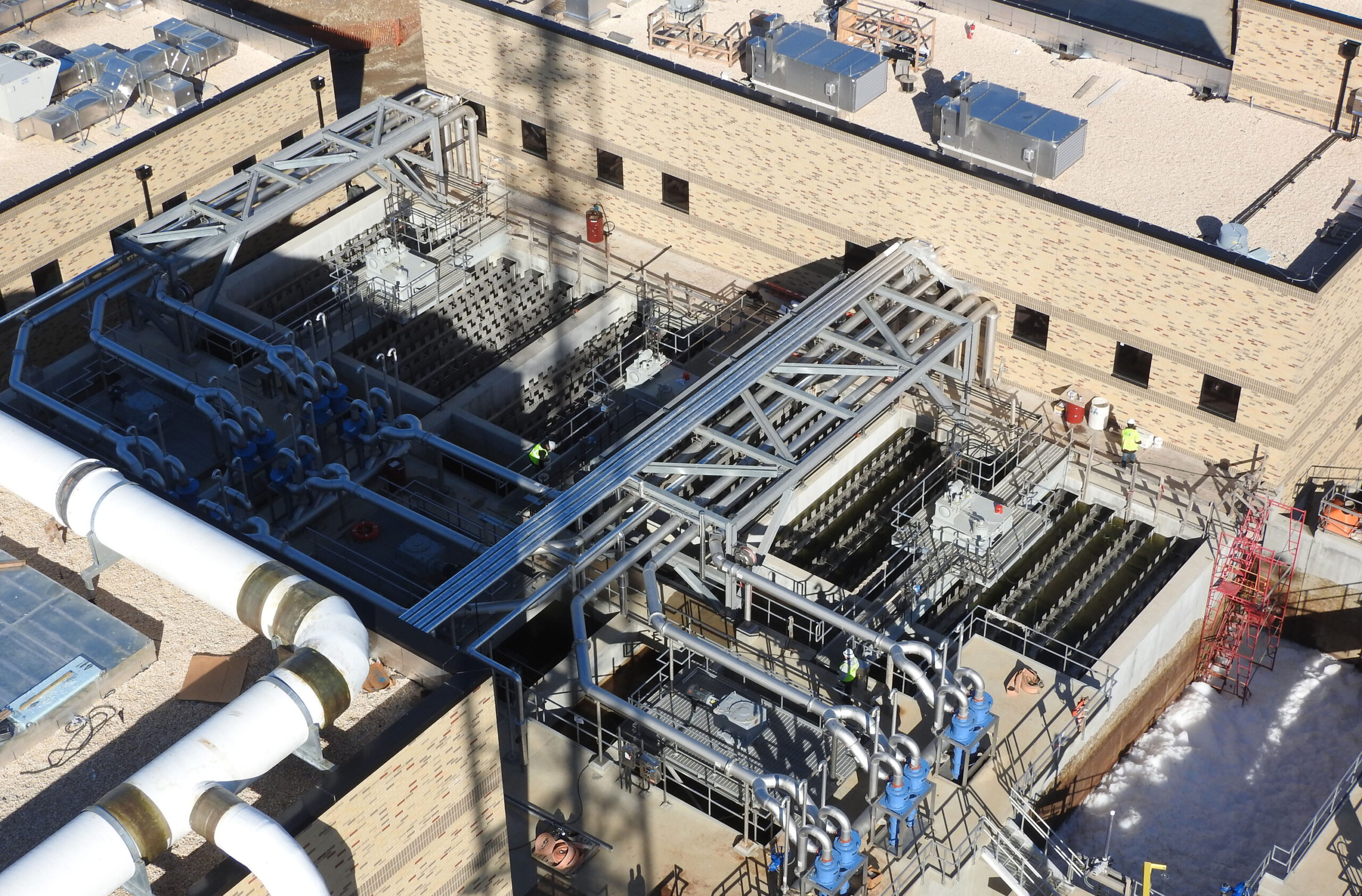 The Tunnel Dewatering Pump Station and Enhanced Clarification Facility, part of DC Water’s Clean Rivers Program, has begun the final stage prior to going online: commissioning. This winter, the PC Construction team will reach two major milestones that will lead to putting the facility online in early March.

On November 28, the five, 3000 HP, 83-mgd pumps were successfully started and are now being functionally tested before moving into operational testing later this winter. During functional testing, three pumps are run concurrently at 40-mgd flow, proving that the system can be started and operated without an electrical impact to other systems that could affect other plant operations. This functionality is critical because the system will operate intermittently based on weather and influent flow volumes, and could start at any time. As part of the testing, we are also measuring building vibration to ensure the pumps don’t create a resonance that could result in system failure caused by excessive vibration.

In February, operational testing will begin with raw sewage from the head of the plant. This will ensure the effectiveness of the treatment system and prove that the rapid rate clarifiers will clean the influent as expected.

Finally, in early March, the system will be brought online, allowing it to operate under live conditions. Once operational, the system will eliminate overflow into the Potomac during intense rain events.

Check back for more updates as we move through the startup and commissioning process.