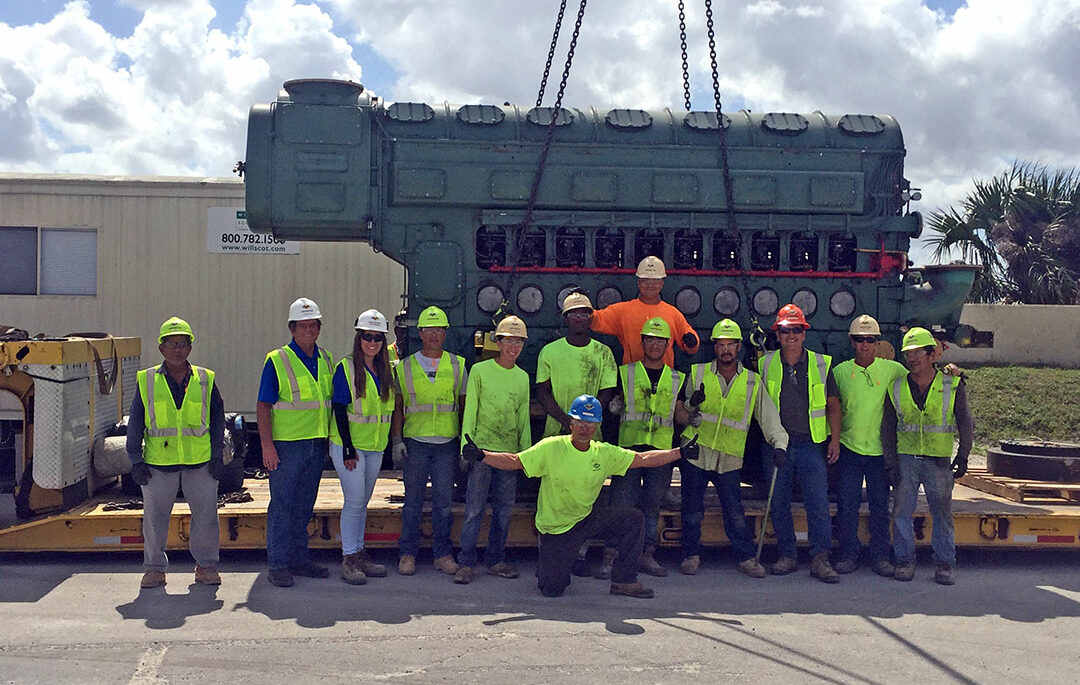 Located in Loxahatchee, Florida, Pump Station S-5A is one of the initial pump stations built by the South Florida Water Management District and was the world’s largest when commissioned in 1955. The pump station has six 1,800-horsepower diesel engines driving six 800 cubic feet per second axial flow pumps via double reduction chain drives for a pumping capacity of 4,800 cubic feet per second or 3,108 mgd.  The pump station building was originally constructed around the engines and pumps.

The second phase of our work includes the removal and refurbishment of the engine, pump and chain drive assemblies. On February 23, we removed the first of six engines, which was placed on a flatbed for transport to Texas for refurbishment. This long-awaited milestone was accomplished with members of the South Florida Water Management District in attendance remarking that this day was 10 years in the making.

On March 6, we removed the final section of the first pump – the lower casing – which had not moved since initial placement over 60 years ago. The casing was removed from the pump station through the existing roll-up door with only a two-inch clearance on each side.

While accomplishing these major project milestones, the PC Construction team celebrated 500 injury-free days on this project.

While the pump and engine are offsite, we continue modifications to the pump station and site. Installation of auxiliary equipment is underway in preparation for the return of the improved engine and pump system. 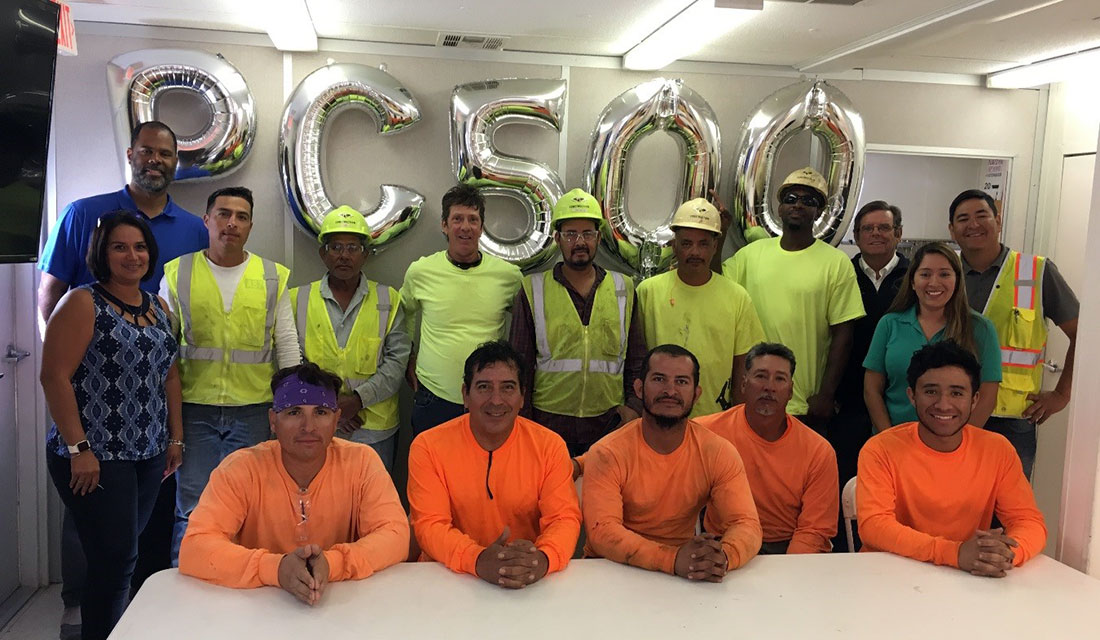 Top Photo: The first of the six pump station engines ready to make the haul across the country for refurbishment. Bottom Photo: The PC Construction team celebrated 500 injury-free days on this project.