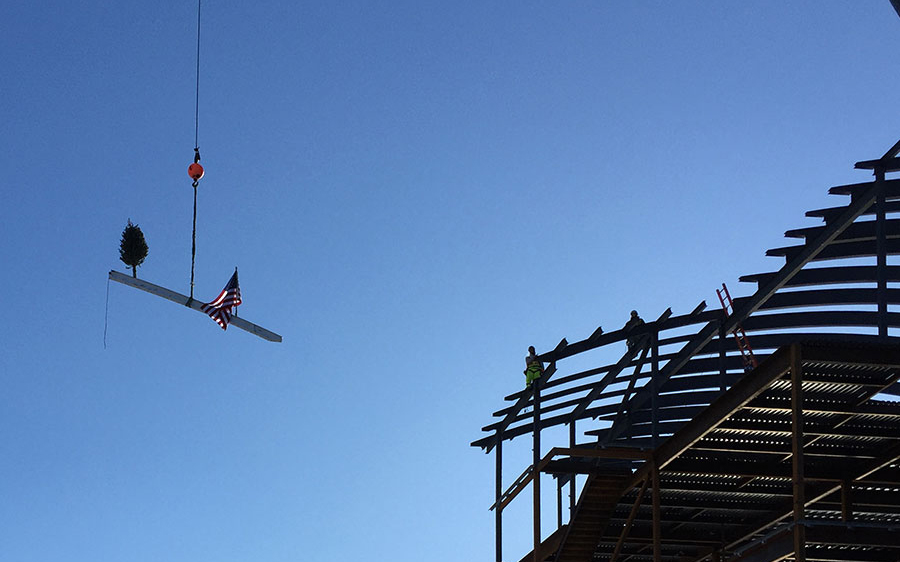 Bar Harbor, ME – PC Construction reached a major milestone today on The Jackson Laboratory’s new Center for Biometric Analysis when the final piece of structural steel was bolted into place.

The Center, a 21,000-square-foot facility, is a significant expansion of research capability for The Jackson Laboratory and represents an important public-private partnership between the state and one of it’s leading institutions.

The $14.25 million project was designed by Harriman Associates and is being built by PC Construction.

“The final steel beam has a shape that matches the existing campus architecture,” said Bert Kiesow, the project manager for PC Construction. “This is an important moment in the project. The beam has been signed by employees of The Jackson Laboratory and members of the construction team and it will now be forever viewable at the roofline of the Center’s signature stairwell.”

A groundbreaking ceremony was held for the project on June 24. It is scheduled to be complete by the end of 2017.