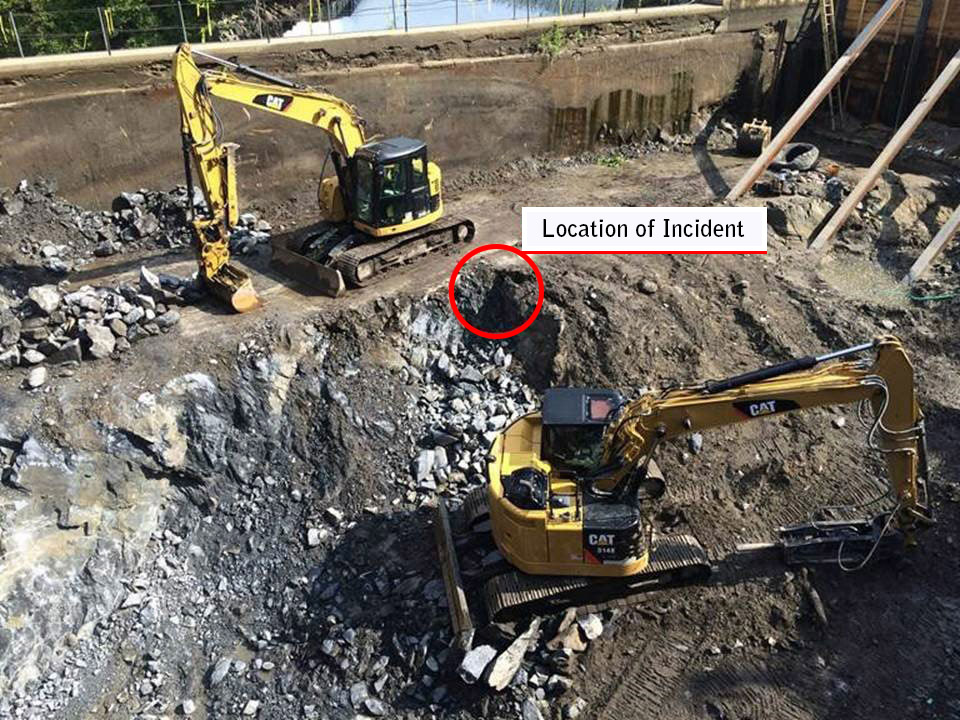 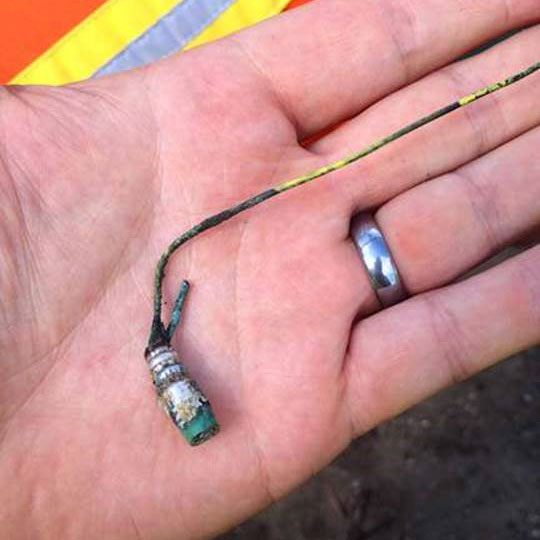 While subcontractors were excavating ledge on the site of the Huntington Falls Redevelopment project for Green Mountain Power, pre-existing blasting components were discovered in the river channel ledge being removed. On August 25 and August 29, Superintendent Joe Genest ordered an “All Stop” to work activities when remnants of dynamite and blasting wire were seen by an equipment operator removing ledge with a hoe ram. On both occasions, the area was evacuated and secured until Rockaway Drilling & Blasting arrived to investigate the situation. The site was inspected and parts of two charges including severed blasting caps were removed from the site for legal disposal by Rockaway.

The old blasting components are believed to have been part of the channel expansion performed in 1987 to accommodate the addition of a third hydro unit. It appears that the blasting caps broke during installation, disconnecting the cap from the detonation power source. The remaining ledge was thoroughly pressure washed and a complete sweep of the area was performed to ensure no other remnants were present before work resumed.

The early identification of this explosive material was key to the safe resolution of this incident. This story is a powerful reminder of how important it is to remain alert and quickly identify potential hazards.