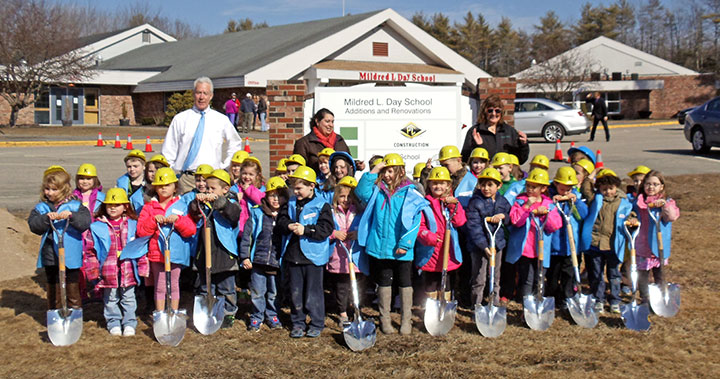 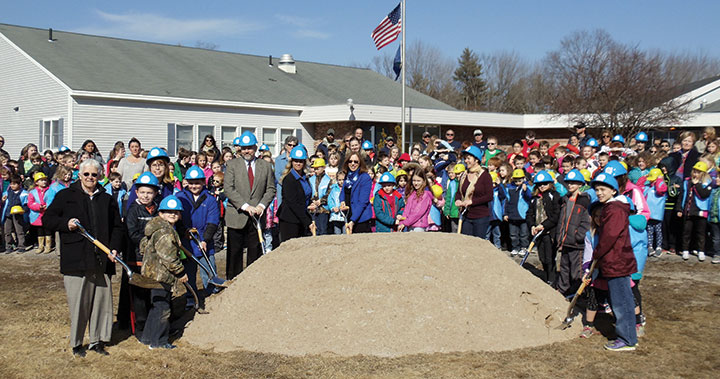 As a group of kindergarten through fifth-grade students sang “Best Day of My Life” on an unseasonably warm March afternoon, faculty, administrators, local leaders and interested townsfolk gathered for a ceremonial groundbreaking at the Mildred L. Day School (MLDS) in Arundel, Maine. The much-needed $7 million renovation and addition project will make the 1960s-era MLDS safer and bring the facility up to modern education standards. The majority of the work involves completely demolishing and replacing the school’s C and D Wings which have sunk into the underlying soft-clay soils by as much as 19 inches. This settling has resulted in major structural flaws including cracking and separating roof trusses in the library and gym, making both areas increasingly unsafe.

Other project features include building envelope rehabilitation; technology infrastructure and alarm system upgrades; and the addition of security and fire-suppression sprinkler systems building-wide. The MLDS improvements mark the start of a three-school renovation/addition project for Regional School District 21 totaling approximately $56.5 million. The other two portions of the overall project involve similar building infrastructure upgrades to Kennebunkport Consolidated School and substantial renovation/addition work to Kennebunk High School. PC Construction is serving as construction manager for all three components of the Harriman-designed project.